Quick heads up, Dark Nebula is in a kindle countdown deal starting on May 1st. I hope you’ll head over if you haven’t got it or tell people who would be interested about the deal!
https://www.amazon.com/dp/B074D1W5PW/
This promo ended, but the link to the book is still good) 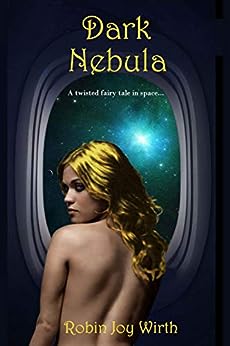 Lady Arayna Mosendic was sold to a brothel and ran away, only to be captured by a handsome space Captain instead. Now she has become a part of a desperate mission to save all of humanity from a sentient anomaly bent on destruction, and her handsome captor, Herc Hyperion, has given her a reason to try.

Little story about my week here, my finger waited until AFTER I had carpal tunnel surgery so I could feel it, then decided to get REALLY infected. How does that affect you? Not sure it does, but I want to vent….lol.

Top ten reasons I got so little writing done today:

10. I wanted to do the dishes but felt like I had no time so instead I decided to start a load of laundry (which I forgot about until six hours later, then moved to the dryer)

9. I couldn't remember if I took my pills this morning or if I forgot yet again

8. Turtle kept jumping off her log and landing funny because she knows I will come set her on her feet again

7. somebody outside had on "feel-good" music from the eighties and I couldn't decide if I should write or start singing

6. Some guy was revving his engine about once every minute, leaving just enough time to think he stopped before repeating. This went on for at least two hours

5. I smelled something around my workspace I think I need to clean but I couldn't find anything.

4. Some crazy, kamikaze bee got in and kept buzzing my head whenever I touched the keyboard

3. A telemarketing terrorist kept ringing my phone and then not saying anything when I answered

2. I really NEEDED to know how to get the values generated from one HTML page into another one so I can implement a scoring system that can be accessed by different documents or save the score for later, but the dang localStorage thing was not working correctly and I don't know enough about SQL to do it that way--and myriad other "dammit I just want to create dragons of the deep" things buzzing around inside my head distracting me.

1. the infected cut on my index finger needed to be opened up yesterday and I now have a huge purple bandage preventing me from typing accurately!

This address is old, not bothering to change in these old ones so if you're looking for the new one please go into 2021 to grab it...