So, as you know I'm trying to organize my new list on my website, and it looks like I greeted a couple of you who had already been greeted because I forgot to move that list to the other folder. In any case, I'm trying to establish who wants to get which kind of news via the new system, and I don't see anybody in here in that database.

As such, I'd like to invite you one more time to go select the news you want to receive or, if you don't want news, to please let me know so I can move your name out of this pending list and into the unsubscribe via old system list instead of continuing to ask you about it.

I just finished the rewrite of a weird old novella I was working on years ago but left sitting in my one drive, it's not really a romance it's more like a tongue-in-cheek blending of a few different sci-fi stories, basically the craziness begins when these reform school students, egged on by a demented robot, steal a ship and take it to the dark side of Mimas where they procure a ton of doobage but can't offload it as planned because their ship can't land until they go wash off some disgusting space debris over at the Space Wash on Europa. It would be a whole lot easier if Bug hadn't taken the directional finder to use as an ashtray...

I'll give you chapter one in here, but if you want to be among the first to discover the whole crazy story it's going to be available to the readers list on the new system, probably the at the end of this month or the beginning of the next. I've decided not to publish it to amazon until after I let the list have a little fun with it first.

Obviously, this isn't my usual type of story, I'm just trying to see what I have on my drive that's worth giving to the world, and this bit of hilariousness seems like something a few of my readers might enjoy. Many of you who have been on my list for a while know I'm still working on a few things, like the Dragons of Magehold series, Beach, and the 4th Acolyte novella, to name a few, so even if this little story doesn't float your boat there's still plenty of stuff to look forward to, and joining the new list is the best way to stay informed about those projects and any others I'll be working on. Hope to see you there, and here is your link to pick your news.

Loud, retro rock music blasted throughout the tiny ship as it careened through space a bit faster than was strictly allowed inside the Ring Quadrant of Saturn. The pilot, Floyd Brainerd, frantically punched the keys on a large console at the head of the newly pilfered galaxy-class shuttle, a medium-sized vessel affectionately known as a guttersnipe unit among the colonists who occupied the various outposts throughout the settled area.

The little ship had most recently been housed at the Poseidon Station on Enceladus, where the Admiral's reform school ruled supreme. Almost no non-school related activities occurred there, and the students were expected to help maintain the systems if they wished to survive.

A buglike creature with huge, orb-like eyes suddenly jumped up next to Floyd and slapped him right in the center of his forehead with a squidgy, furry tentacle as it bared a row of huge, gleaming white teeth in its gaping mouth.

Pink, you are the craziest son-of-a-bitch I know, it telepathically told him.

Grinning back at the creature, the young human slicked back a stray bit of his bright pink Mohawk and said, "I told you there was something to be said for nerdy punk-rockers, didn't I? Bet you never thought I had it in me."

I had my doubts, buddy, it admitted. But you really are the man.

"And you really are the Sarcosean," he teased.

"Wonderful, sir, you managed to get away," said a rotund golden robot as it joined him on his other side. "Set your heading for Mimas, and try to keep a low profile. We certainly don't want the Admiral to notice we're taking his shuttle out for a joy ride, do we?"

"No way," Pink agreed. "Let's just get this over with. So, now that we're under way, are you finally going to tell me what we're even doing? Why did we steal this ship in the first place? It probably wasn't just for the fun of it, knowing you."

"You would be correct, sir," the Diverse Inventory Kiosk replied, batting its eye-orbs gleefully. "In fact, I do have a specific plan in mind."

"Yes sir, only first I'd like to propose a toast to our new venture."

Pink watched dubiously as a compartment in the robot's crotch slid open. It grabbed a few glasses out with some of its numerous arms, and then a nozzle slid out to dispense the beverages. Three years he'd been away from Earth, stuck at an interstellar reform school, yet in all that time he still hadn't gotten used to what essentially looked like the robot taking a piss and then giving him a cup of it to drink. He took the drink gingerly and tamped down the urge to be ill.

"I really shouldn't be drinking while I'm flying," he commented with a gulp.

"Just one drink, sir," the robot insisted. "It's just a beer. You should be fine."

"Well, I suppose one won't hurt," he reluctantly agreed.

"To the future," DIK said, holding up his hand.

"To making enough money from this to form a band," shouted another voice which had not yet been heard. Pink spared a glance for the speaker, which was either of the conjoined twins who had come along for the ride. Rod and Todd shared one arm and leg at their center, and each also controlled one leg and one arm of their own. Since they were orphaned, they had no idea if they were humans, or if they'd come from some other galaxy. Nobody had ever bothered to find out the truth, but they'd simply grown up at the Academy.

"What do you mean, money?" Pink asked, frowning at the pair.

Pink downed his drink just to get it over with. It was a mistake, which he soon realized as his vision began to blur.

"Master Floyd, mind that disposal unit!" the robot warned him.

"What disposal unit?" Pink slurred, trying to focus his eyes. His head swayed back and forth as it began to spin violently. Then, he heard a very loud splat.

"That disposal unit," said Rod, taking control of the shared arm to point at the mess that now covered the hull.

"Hey!" Todd complained, trying to regain the use of their arm again. He had been using it to pretend he was playing a guitar, and didn't appreciate his brother taking it away. The pair of them began to slap each other using their privately controlled hands, each one struggling to dominate the third.

"Dammit!" Pink complained. "Whose brilliant idea was it to put bio-wastes into large black bags and float them out into space anyway? Now there's crap all over our ship. So much for maintaining a low profile."

"If it's any consolation, sir, I don't think the folks on Mimas are going to mind," DIK told him, moving forward to punch at a few of the buttons so Pink wouldn't crash into one of the ice chunks while he was at it.

"The ship won't be landing inside, and the Yosige need not come outside in order for us to do business. They will be using a hover-crate, so it should be easily loaded on board."

"You never did tell me exactly what this business of yours entails," Pink slurred.

"Ah, a very lucrative venture, to be sure," the robot chirped happily. "Mimas is only moments away now, sir. Please establish orbit and take us around to the far side."

"We're not going into Crater Station, DIK?" he asked suspiciously. "I thought the only activity on the far side was the illegal kind."

"Sir, we're in a stolen space shuttle which is conspicuously covered in excrement," DIK pointed out. "Do you really think we are here to do things on the legal side of this moon?"

"Whoa, I guesh not," Pink agreed, doing his best to maintain orbit as they swung around to the back, then bringing the ship down to the coordinates the robot punched in. But before they ever set down, he blacked out.

DIK pushed the thoroughly inebriated Pink out of the seat, and he landed with a thud on the floor. Bug ran over to his side to make sure he was all right while DIK landed the shuttle in a deep, dark cavern.

"We're about to score a ton of doobage and deliver it to Titan," DIK explained. "With all the money we'll make from this run, we could buy a ship of our own and you kids could be free of Poseidon Academy once and for all."

"And then we could become a traveling space band!" Todd said enthusiastically around a sip of his beer.

Are you crazy, DIK? You're about to get us arrested—or worse!

"You two, stay here and guard the ship," said DIK to the twins. "Bug, you're coming with me."

This is the most insane thing I've ever heard of, Bug thought as it cast the robot a frosty glance. Still, it grabbed a spacesuit and followed DIK into the airlock.

"No problem," called Todd drunkenly behind them. "Nobody will get by us!"

I removed the links to the free books and such, and depending on when you come in to read this the special sales on my books have probably ended, but the links will still take you there... 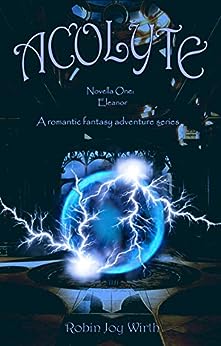 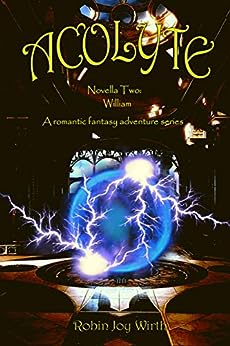 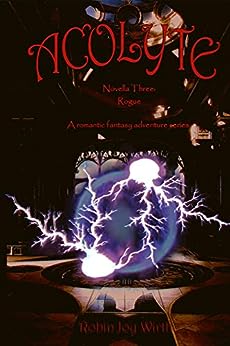